Family justice: who are protecting our children?

Posted on September 14, 2011 by towardchange

Family justice: who are protecting our children?  Well, certain judges are not.

His Honour Judge Waine when he refused to give Minor G back to her mother he recommended that Minor G attends counselling. If this is not wickedness what is?

via Family justice: who are protecting our children?. 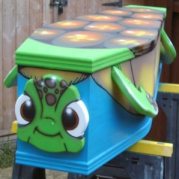 “Parents are victimized by the system that makes a profit for holding children longer and bonuses for not returning children to their parents.”

Workers and judges became terrified to leave or return any child home for fear of becoming the next target of politicians and the media.  In Chicago almost all efforts to keep families together were effectively abandoned.  Amid claims that such efforts contradict “child protection.

Protect your children from Social Services is the recommendation given by This Morning the leading daily UK TV programme.

Along with the perpetual violation it is felt in having so-called adoption professionals and others justifying and exonerating themselves of their own complicity in this scandalous practice, that had preyed upon our vulnerable states when children are too young, and too oppressed to know how to fight this wicked system.

In Northamptonshire UK Paul Burnett  is reported to be the man who ignored parents and imposed Academies where they were not wanted, or needed.  The director for children and young people had been appointed by Northamptonshire County Council.   The hearing adoption of newborns now being referred to as a social phenomenon of a social era that is passed – rather than the illicit raping of babies from their mothers that it was –  many have decided enough is enough.

“As many as 75 percent of all children in foster care, upon leaving the system, will have experienced sexual abuse.”

“Perjury: It’s what keeps all courts ticking.  Perjury is the underlying basis of most legal actions, and the bastard child in Family Court. Seldom, perhaps never has a Family Court judge referred to the DA an instance of perjury in a family court matter. Family Court judges knows the DA is not likely to prosecute. Ergo, perjury is and remains a winning and sometimes profitable tactic.” ~ Janette M. Isaacs ‎

Family justice: What We Can Do To Protect Our Children

Your ‘Family Rights’ believing in the best interest of children. The issues which are important to me are, children and their families, the injustices to parents, which may occur, because of inadequate information, mistakes or corruption. This is happening every day. every minute and every second.
View all posts by towardchange →
This entry was posted in Care Proceedings, Child Welfare, Family Law, His Honour Judge Waine, Increase Transparency in the Family Courts, Northamptonshire, Parental Rights, Social Work and tagged A CPS insider reveals "secret rules" that corrupt "Child Protection Services" Inc. must follow, Family justice: who are protecting our children, familylawcourts.com. Bookmark the permalink.

24 Responses to Family justice: who are protecting our children?