Adoption is a process whereby a person assumes the parenting for another and, in so doing, permanently transfers all rights and responsibilities from the original parent or parents.

“The Times is campaigning to fix a broken British adoption system. We want the speed of the adoption process to be increased and to substantially increase the number of successful adoptions.”

Well, we are not too sure about that.

How does the parent find their child, when once adopted the child’s name is changed?

Surely, a child has the right to look for their birth parent?

It appears that this is not what this government wants.

FRIENDS AND READERS FROM ALL OVER THE WORLD

“Speaking of my birth mother….I found her a little over 2 years ago…a little after my 26th birthday…and met her face to face around Easter 2009….Her name is Theresa…and that is what I call her….  I keep referring to her as my “birth mother” and will continue to do so, as well as calling her by her name, Theresa….and My parents, whom adopted me– I will keep calling them my parents- and I consider them my “REAL” parents…

The Government appointed its first adoption tsar to try to cut the number of children stuck in the care system waiting to find a family.

Is there hope for our neediest children or is the above quote ?

“I knew a little of adoption when I arrived at Barnardo’s in 2005. Five of my nephews and nieces were adopted and I was of course aware of how successful adoption had been there, as the five grew up into adults who made their fathers — my brothers — and their mothers, extremely proud.  But in 2005 I had little idea that this success could be replicated over and again, particularly if adoptions took place while the child was very young. What I discovered, first in parts of Barnardo’s, and then elsewhere, was an approach to adoption that was at worst dismissive (one of the earliest services I closed at Barnardo’s was one that helped to unite adopted children in adulthood with their natural mothers but in a way which suggested that the adoption — however successful — had been regrettable) and at best apologetic. See More>>> 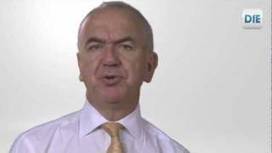 Martin Narey is the Ministerial Advisor on Adoption.

Best Interest Of The Child(ren)

“With regard to the best interest of the child(ren), the truth is that no one, besides the family, including the extended family, is expert enough to determine that.”

Posted on July 22, 2011 by towardchangeYou may feel reform is the answer.  Some of us are of the feeling that we must start again and reject all aspects of this wicked system as it is too far gone and was based on a grande lie.

Your ‘Family Rights’ believing in the best interest of children. The issues which are important to me are, children and their families, the injustices to parents, which may occur, because of inadequate information, mistakes or corruption. This is happening every day. every minute and every second.
View all posts by towardchange →
This entry was posted in Adoption, Family Law, Private Law, Public Law and tagged adopted children, Adoption, Barnardo, birth father, birth grandparents, birth mother, Challenges in adoption procedures in Europe, Child Adoption Procedure, Family, Ministerial, Mother, Parent, Parental Responsibility, The Times News United Kingdom, Times, UK Law. Bookmark the permalink.