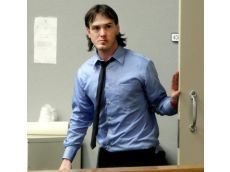 James Terrell Austin, 34, of Gastonia, was sentenced to 36 to 45 years in prison – convicting him of first-degree rape of a child, taking indecent liberties with a child and other related sex charges.

The trial began Monday and the presentation of evidence concluded Wednesday. Jurors listened to closing arguments Thursday morning. By late Friday morning the verdict was returned.

Austin served as a foster parent to an 11-year-old girl from December 2009 to August 2010. The girl lived in Austin’s Trinity Avenue home with him, his wife and his two stepsons.