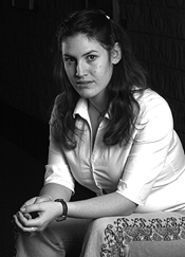 Alanna Krause believes that much of her hellish childhood could have been avoided. Now she’s suing her father, her therapist, and her lawyer in an effort to prove it. How did it come to this? By Bernice Yeung Wednesday, Dec 18 2002 …continued from page 1

After months of intense couples’ therapy, the Krauses separated in 1989. During the separation and the contentious divorce proceedings that followed, Krause and Simone-Smith had joint custody of Alanna. The divorce was finalized in 1992, and soon after Simone-Smith had a breakdown. “I was weakened from the divorce,” she says by phone from her Ojai home. “I crashed. I couldn’t hold it together. I had a total nervous breakdown, but I was on my feet again by March 1993.”

Legal documents show that Simone-Smith had been taking anti-depressants since 1990, and that she was treated for depression in a San Diego facility in October 1992 and was released in March 1993. She says she has been stable since then, and 1998 juvenile court documents describe Simone-Smith’s depression as stress-induced and “in remission.” Krause claims that Simone-Smith is still mentally ill.

During her mother’s treatment, Alanna lived with her father, and the parents returned to a seemingly functional custody arrangement once Simone-Smith returned to the Bay Area. But disputes arose again, and in December 1993, Krause initiated court proceedings because he claimed that Simone-Smith was withholding Alanna from him.Simone-Smith explains that Krause would not agree to a visitation schedule Alanna wanted, and that he also refused to see Alanna for two weeks and then blamed Simone-Smith for the rift. Krause has a different take. “Lauren wouldn’t let me visit Alanna,” he insists. “I didn’t want to fight about custody. I wanted 50-50. But Alanna’s mother wanted 100 percent, and she ended up with 0 percent. Not that I asked for it, but I was given sole custody of Alanna, and I did my best to raise her.”