Do Rapists Have the Right to Parent Children Conceived in Rape? Part One of a Two-Part Series of Columns 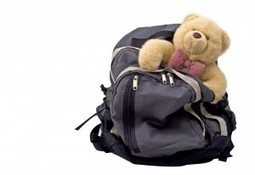 In August of this year, U.S. Representative Todd Akin made what has become an infamously insensitive claim about children conceived in rape: He suggested that they simply do not exist. More specifically, he said of pregnancy from rape that “[i]t seems to me, from what I understand from doctors, that’s really rare . . . . If it’s a legitimate rape, the female body has ways to try to shut that whole thing down.” Akin thereby claimed that there is a biological mechanism in women that precludes conception from rape.

Though some female animals have a biological mechanism like this, as discussed by Cornell Professor and Justia columnist Michael C. Dorf here, the human female does not. Representative Akin’s suggestion therefore displayed a combination of startling ignorance about human reproductive biology, and deplorable indifference to the plight of rape victims who find themselves carrying their attackers’ progeny. The context of Akin’s remarks, as readers may recall, was the debate over whether women who conceive in rape should have legal access to an abortion. Akin’s answer was no, in part because, to his mind, the category of such women represents a virtual null set.
See on verdict.justia.com

Your ‘Family Rights’ believing in the best interest of children. The issues which are important to me are, children and their families, the injustices to parents, which may occur, because of inadequate information, mistakes or corruption. This is happening every day. every minute and every second.
View all posts by towardchange →
This entry was posted in Family Law, Parental Rights, Public Law and tagged Do Rapists Have the Right to Parent Children Conceived in Rape? Part One of a Two-Part Series of Columns. Bookmark the permalink.