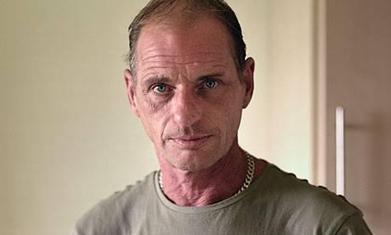 The former director-general of the prison service Martin Narey has admitted that the service dealt inadequately with sexual abuse during his tenure, following a Guardian investigation into the sexual abuse of young offenders by prison officer Neville Husband.

Sir Martin Narey, who worked with Husband and was director-general from 1998 to 2003, admitted to the Guardian: “As director-general, I was intolerant of physical abuse and racism and sacked a lot of staff … but at that time there was very little awareness of male-on-male sexual abuse, either in prisons or in wider society.”

Husband, who ran the kitchen at Medomsley detention centre in County Durham, is know to have sexually abused teenage boys between 1977 and 1985. When the prison service suggested that he be promoted to a different establishment, governors wrote letters supporting his applications to remain at Medomsley. When he was finally moved, to Deerbolt young offenders’ institution, another allegation of sex abuse was made. Husband left the prison service in 1990 and went on to run two churches in Gateshead, where children in his congregation also complained of abuse, though parents did not pursue the matter. He was eventually convicted in 2003 of sexually abusing five young inmates at Medomsley and sentenced to eight years. He died a year after his release in 2010.

The Guardian investigation has found that 26 victims have so far come forward. It is estimated that Husband abused hundreds of young offenders during his 25 years in the prison service.

Shockingly, Husband’s interest in young boys was known as far back as 1969, 34 years before he was convicted, when he was arrested at Portland borstal, Dorset, and charged with the importation of pornography from Europe. The material seized included sado-masochistic images involving teenage boys. Husband admitted showing the material to boys in his care, but the charges were dropped when he said he was conducting research into homosexuality.

At Husband’s trial, prison officers admitted “there was general knowledge” among staff about Husband’s sexual abuse but that they did nothing about it.

Speaking in today’s Weekend magazine, the former Medomsley boys, now men in their 50s, talk about Husband’s impact on their life. Kevin Young became addicted to drink and drugs; Richard Hall attempted suicide and says he still thinks about killing himself every day. Young went to report his abuse the day he left Medomsley, but he said police told him not to pursue the complaint unless he wanted to be returned to the detention centre. Until recently, Durham police denied that he had made a statement on his release, but they now admit that a number of complaints were made by former inmates, “particularly in the 1970s and 1980s”. Victims now say they are considering suing the police.

Narey, who went on to be chief executive of Barnardo’s, the charity for vulnerable children, believes that the officers who had failed to report their suspicions should be investigated. “There is hardly a hair’s-breadth of culpability between Neville Husband, who abused children, and any of the staff who apparently knew about this and failed to take their concerns forward. In my view there is a case for the police considering whether their failure to protect children amounted to aiding and abetting.”

Narey, who worked with Husband and was director-general from 1998 to 2003, admitted to the Guardian: “As director-general, I was intolerant of physical abuse and racism and sacked a lot of staff … but at that time there was very little awareness of male-on-male sexual abuse, either in prisons or in wider society.”

Sir Martin Narey, turned his back on them?

‘Little awareness of male-on-male sexual abuse‘ and what does he mean by this?

Does Sir Martin mean that he had never heard of homosexulatiy before?

Rape is about men, not about the sexuality of the victim. Is Sir Martin really stating that he is unaware of this fact?

Your ‘Family Rights’ believing in the best interest of children. The issues which are important to me are, children and their families, the injustices to parents, which may occur, because of inadequate information, mistakes or corruption. This is happening every day. every minute and every second.
View all posts by towardchange →
This entry was posted in Care Proceedings, Family Law, Public Law, Story and tagged abused teenage boys, care, health, male sexual abuse, Martin Narey, Medomsley, Prison, Prisons chief admits failings in service over sexual abuse, sir, sir martin. Bookmark the permalink.