The CSA’s function is twofold, encompassing calculation of how much child maintenance is due and collection, enforcement and transferral of the payment from the non-resident parent to the person with care.

Does the CSA Have To Get Involved?

In short, no.  Although child support reflects the legal obligation of parents to provide financially for their children, many people make informal arrangements. It is, in fact, quite common for parents to be able to come to a decision about financial arrangements for their children without needing to involve the courts or other agencies.  However, these agreements can be broken and relations between the parents can sour, which then leads to the involvement of other agencies.

In other instances parents are made to pay by court order, or the CSA calculates the amount of the payments that parents should make. These are not mutually exclusive solutions, and it may be that a parent pays maintenance using more than one of these ways.

For the CSA to become involved in a case, their services must be requested by one of the parents. Legislation also allows children in Scotland to initiate a case against one or both Non-Resident Parents.

The CSA cannot get involved, if the non-resident parent lives abroad, if a written agreement made prior to April 5, 1993, is in place, or if a court order regarding maintenance was made before March 3, 2003. (except in cases where the parent with care claims Income Support or Jobseekers Allowance)

Could you Avoid CSA Involvement?

Too many feuding parents

Too many parents fighting over child custody use the courts as their first option to resolve the dispute, Justice Minister Jonathan Djanogly has said.

He called on estranged parents to make greater use of independent mediation to resolve their differences.

The minister, who has responsibility for courts in England and Wales, says the situation needs to change.

Too many feuding parents ‘rely’ on court, says minister

Child Support In The Civil Jurisdiction.

Which children are covered by child maintenance?

Child Support law through the CSA governs the level of child maintenance that should be paid by a parent who is not resident in the child’s household, to the parent with main day-to-day care of the child. There are different options available for sorting child maintenance depending on factors like age, whether the child has disabilities etc.

For child maintenance administered by the CSA, a child is anyone under 16 or someone between 16 and 19 who:

(However, in certain circumstances, someone under 19 can still be regarded as a child for child maintenance purposes by the CSA even if they are not in full-time non-advanced education.)

How much child maintenance should be paid?

With a private arrangement, you and the other parent can agree between yourselves how much child maintenance should be paid, and how often. A private agreement would allow for a broader set of arrangements which might include other things such as holidays, activity costs etc.

You can get an idea of what your payments might be, using the Child Maintenance Options calculator. You could use this figure as a starting point for a private agreement, its a rough and ready way of meeting children’s basic needs but you might also want to factor in ways of paying for other things that you’d like your child to be able to enjoy, music or sports lessons for example.

If you cannot agree on an amount, the Child Support Agency (CSA) can calculate a child maintenance amount for you. Seek advice elsewhere before contacting CSA.   Click here for News For Access To legal Services.

Iain Duncan Smith has defended proposals to charge single parents for using the Child Support Agency, stating “we’re not asking for much”.

The Work and Pensions Secretary said the current system was “completely dysfunctional”. He added it was “very expensive”, did not work and “actually helps divide parents from each other”. 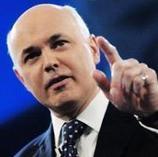 One in 11 families who currently get child support payments in England will lose out in a major shake-up of the system, government analysis suggests. Click Here to Read More>>>

How is Child Support Calculated?

Your ‘Family Rights’ believing in the best interest of children. The issues which are important to me are, children and their families, the injustices to parents, which may occur, because of inadequate information, mistakes or corruption. This is happening every day. every minute and every second.
View all posts by towardchange →
Gallery | This entry was posted in Child Welfare, Family, Family Law and tagged child has disabilities, Child Support Agency, custodial parent, government, Iain Duncan Smith, News For Access To legal services, Non-Resident Parents. Bookmark the permalink.