You Do Not Have A Right To Anonymity

You Do Not Have A Right To Anonymity

However, publicly naming social care staff in that process is unnecessary and undesirable for all the reasons stated. It would not advance the public debate about infant fractures, about the family court system or about child protection systems. via Anonymity Of The Expert Witnesses.

This is a-typical of the courts attitude to actively protecting Social care workers whether they are in the wrong or not !
For me “I” would personally ignore such advice if I had clear evidence of their misconduct !

Social worker Miss Maxine Clark of Northamptonshire County Council did a go about revealing her identity and referred to Lord Ward’s order. It was pointed out to her where does it read I am unable to reveal the identity of professionals?
She confirmed the order states no such thing…… EXACTLY (at the time of reporting Maxine did not even have a degree in social work and was a principle social worker)!

“There is no cogent evidence that these parents injured their son. I am accordingly not satisfied that the significant harm suffered by him was due to him not having received the care to be expected for a reasonable parent.”

The factual background: the proceedings in the High Court

11. At the hearing before me on 6 March 2007, it became clear (para [10]) that although there was no objection to the public identification of the family, the child, the children’s guardian, the local authority, the hospital or the Cambridgeshire Constabulary, the social workers, the police officer, and some at least of the treating clinicians and the expert witnesses preferred to preserve their anonymity.

It became clear (para [10]) that although there was no objection to the public identification of the family, the child, the children’s guardian, the local authority, the hospital or the Cambridgeshire Constabulary, the social workers, the police officer, and some at least of the treating clinicians and the expert witnesses preferred to preserve their anonymity.

SIR NICHOLAS WALL says Expert Witnesses and their reports should be Routinely Disclosed.

15. i) Save as provided in the Agreement the Trusts agreed on their own behalf and on behalf of their staff that they would not at any time take any legal action to restrain Mr and Mrs Ward from expressing their opinions orally or through any media outlet in relation to the medical treatment provided to William by any staff of the Trusts or the actions of any member of their staffs in relation to child protection proceedings in respect of William.

The parties’ submissions: Mr and Mrs Ward
28. Mr and Mrs Ward’s position throughout has been clear and readily understandable. They wish to be able to speak publicly about their experiences of the child protection system, both to encourage further investigation into the area of infant fractures and to help other families involved in the child protection system – “to communicate to others what happened and what it felt like, to share our experiences with others, to speak openly and rationally about our experiences”. They have, as they put it, no wish to ‘name and shame’ doctors nor to vilify those who were involved in their particular case. But to achieve their aims they say they need to be able to speak fully about the medical evidence presented in their case. Expressing themselves as sympathetic to the arguments being put forward by Mr Lock and to the difficulties faced by doctors in the position of the treating clinicians, they say “We do not wish to name the hospital doctors involved but we would like to be able to provide details of their treatment and the information that they gave us about medical and child protection issues.” Similarly, they say, they have no wish to name the CCC staff whose names appear in the documents. “Our sole wish is to be able to enter into a free and open discussion about our experiences of the child protection and family court systems.” But they made clear that although they have some sympathy for the position in which the social workers find themselves, they are not so sympathetic to them as to the treating clinicians and would not have been willing to agree, as they put it, to ‘sign away their rights’ in relation to CCC or its employees.

29. On the other hand, they feel that naming the medical expert witnesses is “essential” because “in order to put their reports and statements made in court into context, we need to be able to provide details of their experience and seniority.” They add that some of the statements made by the medical experts are “helpful for other families who find themselves in a similar position, as they support the need for doctors to consider a third category alongside the ‘accidental’ and ‘non-accidental’ diagnoses – that of truly unexplained injuries.” They also suggest that identification of the expert witnesses will assist other families in ascertaining who are the available experts and evaluating which experts may best be able to assist in similar cases in future.

30. They add that “our aim was not to launch a campaign to name the medical experts in the case and, given a choice between naming them and being able to discuss their evidence, we would choose the latter option.”

Click Here To Read The Full Text To The Judgment>>>

The Child Abuse Laws Which Could Destroy Your Reputation

But did you know that the money funneled to states and child protective services actually encourages them to accuse you of child abuse and even murder, and to take your children, even if you’re not guilty, and even though they have absolutely no proof that you harmed your child? Click Here To Read More>>> 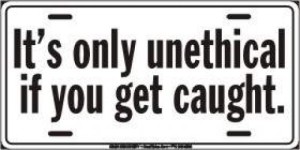 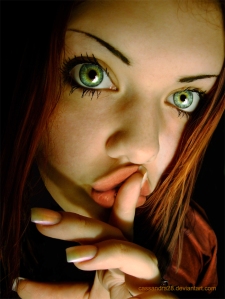 Your ‘Family Rights’ believing in the best interest of children. The issues which are important to me are, children and their families, the injustices to parents, which may occur, because of inadequate information, mistakes or corruption. This is happening every day. every minute and every second.
View all posts by towardchange →
Gallery | This entry was posted in Care Proceedings, Child Welfare, Family Law, IN THE SUPREME COURT OF JUDICATURE, Law, Legal, Local Authorities, President of the Family Division and tagged Anonymity Of The Expert Witnesses And Parents Rights, clinicians, Judge Plumstead, Social Work Careers, You Do Not Have A Right To Anonymity. Bookmark the permalink.

8 Responses to You Do Not Have A Right To Anonymity