An organisation that has demonstrated it cannot be trusted to tell the truth, an…

Franklin Sinclair – the senior partner of one of the UK’s largest criminal firms, Tuckers solicitors – surprised the profession by declaring his support for action in protest against the cuts. ‘On behalf of Tuckers Solicitors I fully endorse the CLSA protocol for the Day of Action,’ said Sinclair. ‘I shall comply with that.’ Sinclair and his firm refused to take part in the profession’s first half-day of action on 6 January, slamming it as ‘a waste of time and possibly counter-productive’. But responding to yesterday’s announcement, he said: ‘The MoJ response is disgraceful and sadly chaos and carnage will surely follow.’

He continued: ‘The beleaguered and already long-suffering criminal defence suppliers will not be able to withstand an immediate 8.75% cut without at the very least a lowering of the high standards of service the Courts and Police and CPS have come to expect.

I see the ‪#‎legalaid‬ barristers protesting today, claiming that there will be NO JUSTICE if their salaries are cut…. I don’t know about them but with a 97% conviction rate in the magistrates court their hardly excelling at their ‘profession’ I say cut out the middleman and lets have some fun in the courts…

Attitudes towards police on streets

Reporter, Jordan Jarrett-Bryan, spent the day in Brixton, in south London, to test out what residents there felt about the police.

In 2003 Operation Tiberius found that men suspected of being Britain’s most notorious criminals had compromised multiple agencies, including HM Revenue & Customs, the Crown Prosecution Service, the City of London Police and the Prison Service, as well as pillars of the criminal justice system including juries and the legal profession. 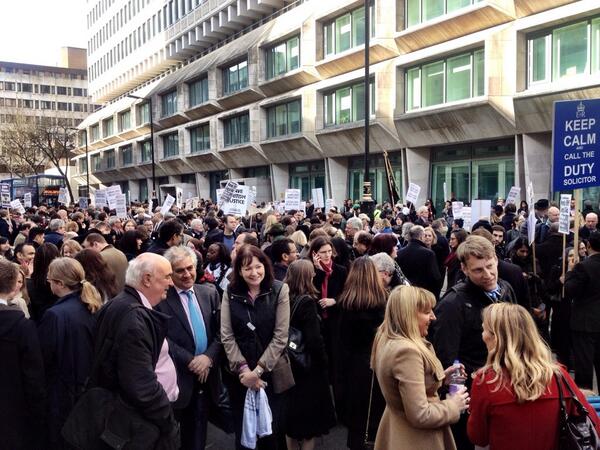 @cameramanjimITV Lawyers blocking the road outside Ministry of Justice. Riot police conspicuous by their absence. #LegalAidDemo

Who has warned many high street law firms will be forced to close if swingeing legal aid cuts get the go-ahead.

“The police complaints system is NOT a failed system. It does exactly what its supposed to – cover up ‪#‎police‬ crime and violence”

An Image from the Future of Revolutionary Ecology

Your ‘Family Rights’ believing in the best interest of children. The issues which are important to me are, children and their families, the injustices to parents, which may occur, because of inadequate information, mistakes or corruption. This is happening every day. every minute and every second.
View all posts by towardchange →
Gallery | This entry was posted in Family Law, Law, Legal, Local Authorities, News, Private Law, Public Law and tagged Crime, Franklin Sinclair, METPOLICE, Michael Doherty, Sinclair, Tuckers solicitors. Bookmark the permalink.