”When Ireland declined recommendations made to it by members of the UN Human Rights Council during its Universal Periodic Review in 2011 concerning racial profiling by its police, it stated that ‘An Garda Síochána does not engage in, or carry out, this practice’.  It is time for the Government and the Gardaí to now determine if there is indeed a problem of racial profiling to be addressed.” said Colm O’Gorman.

“Roma are one of the largest and most disadvantaged minorities in Europe. The Roma community in Ireland needs to be reassured they will not be discriminated against here too.”

My introduction into child protective service cases was due to a grandmother in an adjoining state who called me with her tragic story. Her two granddaughters had been taken from her daughter who lived in my district. Her daughter was told wrongly that if she wanted to see her children again she should sign a paper and give up her children. Frightened and young, the daughter did. I have since discovered that parents are often threatened into cooperation of permanent separation of their children.

via Report of Georgia Senator Nancy Schaefer on CPS Corruption. 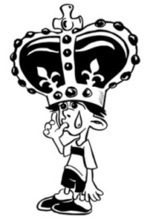 A Donation to TowardChange will be received with gratitude. Thank you and wishing you a fabulous day!

Your ‘Family Rights’ believing in the best interest of children. The issues which are important to me are, children and their families, the injustices to parents, which may occur, because of inadequate information, mistakes or corruption. This is happening every day. every minute and every second.
View all posts by towardchange →
Gallery | This entry was posted in Family Law and tagged CHILDREN WRONGLY TAKEN INTO CARE, Colm O’Gorman., Garda Síochána, Ireland, Ombudsman, racial profiling, UN Human Rights Council. Bookmark the permalink.