LEGAL COWARDS ~ THE SHAME AT THE HEART OF THE BRITISH JUDICIARY

LEGAL COWARDS ~ THE SHAME AT THE HEART OF THE BRITISH JUDICIARY

“Woe unto you, lawyers! For ye have taken away the key of knowledge: ye entered not in yourselves, and them that were entering in ye hindered.” — Luke. XI, 52.

I do not write this piece lightly and neither do I write it with vexation or malice as some lying member of the unlawful ‘legal profession’  may erroneously claim.

Those named herein are men acting as judges in what purports to be a system of justice.  They have a duty to serve the Truth, to administer equity and, under Natural Law, to do the right thing by their fellow inhabitants of these lands. To this effect, they have each solemnly sworn a public oath.

It is again a matter of Right and Wrong. Under Natural Law, no man has the right to trespass on another man’s rights and he certainly has no right steal another man’s property. When that property is a Man’s home, where he and his family live, the wrong doing is tantamount to a  genocidal attack or an act of war. Similarly, no judge has any right to lock a man up in a cage for a victimless crime. Continue reading →

Urgent Reform Is Needed Now to Achieve Equal Justice for All Peoples in Our Courts! The Push for Reform Must Begin from the Peoples at the Grassroot, then their Representatives!
This Video is About the Anatomy of Judicial Corruption-an Attorney’s Perspective. Attorney ‘Lanre Amu Was Suspended from the Practice of Law by the Illinois Supreme Court’s 7 Justices for Exposing Judicial Corruption! 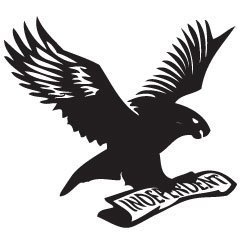 Your ‘Family Rights’ believing in the best interest of children. The issues which are important to me are, children and their families, the injustices to parents, which may occur, because of inadequate information, mistakes or corruption. This is happening every day. every minute and every second.
View all posts by towardchange →
This entry was posted in blog, Care Proceedings, Family Law, President of the Family Division, Secret family courts, Story, Video and tagged Barristers and Judges, LEGAL AFFAIRS CORRESPONDENT, LEGAL COWARDS, ROBERT VERKAIK, THE SHAME AT THE HEART OF THE BRITISH JUDICIARY. Bookmark the permalink.