Latvian, Lithuanian And Russian Mothers In The United Kingdom

Latvian, Lithuanian And Russian Mothers In The United Kingdom

What about the children? Is it better for a child to live in hell or to be unloved or unsafe and stay with those that bear similar DNA? Then [sic] to be in an environment where they have safety and love? Is that just their cross to bear to see all these things and grow up to be abusive or incapable of love or responsibility?

“Dutch social workers catch the English disease”, reports the case of the 11-year-old Antonovs twins: a Russian-Latvian brother and sister forcibly snatched by Dutch social workers from their mother and older brother Ilja, primarily on the grounds that at home they spoke Russian, not Dutch.  A chilling video of the twins being carried kicking and screaming to a police van is on YouTube (“Kidnap of children from their mother by Dutch social services”), recording a scene not dissimilar to ones that unfold here in Britain, many times every week (legallykidnapped).

Imagine for a moment that you are outside playing with your children and one of them disturbs one of your neighbours. A shouting match ensued even though you have tried several times to apologize and had your child apologize. Now a couple of days later a CPS worker shows up with a report of “suspected” abuse by an anonymous tip.

They never tell you who made the report. So having nothing to hide, you let them in to see that your children are fine.

They won’t tell you that your adorable children fit the profile of kids that the perfect foster parents are looking for. So after a couple of days, the worker comes back with the police and takes your children. It happens everyday in this country.

On 13 May, the DfE announced it would change the law to allow councils to outsource support and placement services for looked-after children and care leavers to any external organisation, not just the GP-style practices originally imagined.

“I don’t feel the evidence was strong enough to warrant a major reorganisation of the way services for looked-after children are delivered. Not all the social work practices were able to deliver high-quality services for children. In some cases the services delivered were not of high-quality.”

The pilots relied too much on council expertise in areas like child protection to really be independent, Stanley notes. “In only one case did a pilot manage the placement budget themselves. It’s very hard to see how the pilots would have functioned without the support and expertise of the local authorities.” Click Here To Read More>>>

Doncaster council to be stripped of Children’s Services’

via Social Work And The Shift From ‘Welfare’ To ‘Justice’ By Lieve Bradt, Maria Bouverne-De Bie :: SSRN.

Family Law Courts –  No one over eleven believes it’s working.

We have had a substantial effect against the system throughout 2011. Never before have the eugenicist within social services and the CPS, felt so exposed. 2016 will be another devastating year for them, as we continue to campaign not for reform, but to create the terms and conditions for a systemic DISMANTLING process to begin.

UK secret family courts and the NOT so expert witnesses

The Family Procedure Rule Committee makes the following rules in exercise of the powers conferred by sections 75 and 76 of the Courts Act 2003(1),

‘We are taking action to tackle the unacceptable delays in our family courts.’

What they are doing, is speeding up the process, placing no interest in promoting justice. Just take the children earlier and ship the children out.

Early intervention In The UK 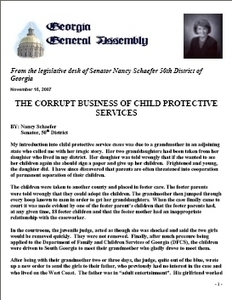 ‘I was determined to go back to social work, to prove he hadn’t ruined my career‘.

More Than 100 Police’ Under Suspicion In Paedophilia Crackdown.

Panel Ruled That Bloggers Are Entitled To The Same Protections As Journalists.

Your ‘Family Rights’ believing in the best interest of children. The issues which are important to me are, children and their families, the injustices to parents, which may occur, because of inadequate information, mistakes or corruption. This is happening every day. every minute and every second.
View all posts by towardchange →
This entry was posted in Family Law, Foster Care, Parental Rights, Private Law, Public Law, Social Work And The Shift From ‘Welfare’ To ‘Justice’ By Lieve Bradt and tagged Dutch, Latvian, Lithuanian And Russian Mothers And On BeHalf Of Thousands Of Victims In The United Kingdom, social, workers. Bookmark the permalink.

2 Responses to Latvian, Lithuanian And Russian Mothers In The United Kingdom