Yes, The UK Does Have A Race Problem. And It’s Just As Troubling As America’s

Yes, The UK Does Have A Race Problem. And It’s Just As Troubling As America’s

The UK is slowly waking up to the fact that racism exists here and the truth is, we have just as much of a race problem as the one so prominently associated with the United States’ past and present.

Racism is a dirty word. I wouldn’t blame you for flinching at the sight of it just now. It unsettles all of us and regardless of the context it crops up in, always managing to put everyone on edge. Race doesn’t make for comfortable conversation. I’ve had to quite consciously learn to be at relative ease with a topic that has dictated a huge part of my life. And even though we read it almost every day as a tabloid buzzword, hear it called ‘a card’ with which to defend yourself and banded around as a joke in poor taste, at the end of the day, ‘racism’ is a word that most of us fear being associated with.  To Read The Full Article Please Click Here→ 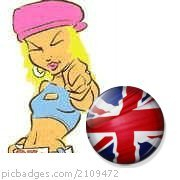 Your ‘Family Rights’ believing in the best interest of children. The issues which are important to me are, children and their families, the injustices to parents, which may occur, because of inadequate information, mistakes or corruption. This is happening every day. every minute and every second.
View all posts by towardchange →
This entry was posted in blog, crime, Crime & Justice, Education, Family Law and tagged The UK Does Have A Race Problem. And It's Just As Troubling As America's, Yes. Bookmark the permalink.