England and Wales (red), with the rest of the United Kingdom (pink). (Photo credit: Wikipedia)

The  Children and Family Court Advisory and Support Service (CAFCASS) is a non-departmental public body for England and Wales  set up to safeguard and promote the welfare of children involved in family court proceedings. It was formed on 1 April 2001 under the provisions of the Criminal Justice and Court Services Act 2000 and is accountable to Parliament through the Department for Education. CAFCASS is independent of the courts, social services, education and health authorities and all similar agencies (Wikipedia).

At the end of the day Cafcass is  accountable to the Secretary of State in the Department for Education.

How then is it truly independent?
Baroness Tyler of Enfield  joined Cafcass in January 2012 and is Chair of the Board. 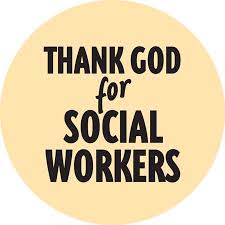 Nearly every public sector organisation in England and Wales can become a member of the agreement. This includes all local authorities, central government departments and many health organisations too.

It has been agreed that the following bodies are not eligible to join the PSMA:

This type of adoption occurs when a prospective adoptive parent or an intermediary other than a licensed adoption agency makes contact with the council who is planning to release without consent another persons child.  A lawyer is paid to commence the process.  This is not legal.

We have set our own case law on all this by using our recordings both in personl and on the phone without third parties knowledge and had it accepted in court!

Remember the law is NOT absolute and others have already done it before you, which gives YOU the power to quote our cases should you have any problems getting your recordings in court or be threatened in any way by social services or CAFCASS etc!!

Guardians are adults who are legally responsible for protecting the well-being and interests of their ward, who is usually a minor. A guardian ad litem is a unique type of guardian in a relationship that has been created by a court order only for the duration of a legal action. Courts appoint these special representatives for infants, minors, and mentally incompetent persons, all of whom generally need help protecting their rights in court. Such court-appointed guardians figure in divorces, child neglect and abuse cases, paternity suits, contested inheritances, and so forth, and are usually attorneys (legal-dictionary, 14  September 2012).

“Guardians ad litem should consider whether they can assist in speeding up court procedures through the preparation of statements agreed by all parties to be put before the court so that the court can concentrate on disputed issues.” – Edna Llewellyn

Judicial Accountability and Stare Decisis – Should the US be Learning from the UK?

Family Justice: What We Can Do To Protect Our Children.

8 Responses to CAFCASS: The Anonymous children